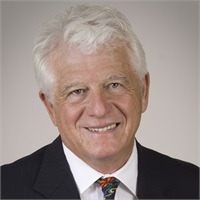 Bob Masson is a Senior Producer with Acacia Financial Group in Metairie Louisiana, with a practice focusing on life insurance. He loves the flexible schedule his profession offers, and operates on a philosophy of working hard, servicing his clients well, and developing a high-caliber clientele.

Early inspiration for Bob came from his two grandfathers, his mother, and his father. His family and marriage continue to be a major factor in his success.

Bob’s successful practice has brought him accolades, including repeat qualifications for Acacia's top production clubs, and two years leading the company in life sales.  This top performance earned him membership on Acacia’s Agents Advisory Board. He then served as President of The Acacia President's Club, and in 1995 was voted into Acacia’s Hall of Fame.